On the heels of our fancy, first row dugout seats at a Cubs game, with private parking, celebrities and Ditta-style strolls along the beach... we reluctantly decided to slum-it on the Annual "We are the three best friends, that anyone can have...." Cubs Game Day.
First we parked our own car and trekked halfway across Chicago, for a little pre-game warm up and picture taking. Especially the "Three Best Friends". 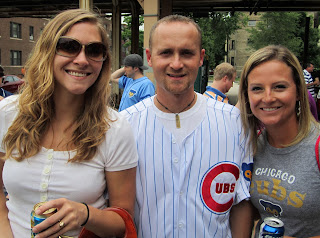 Now, CW may just actually be my cousin and Coach is my husband, but I pretty much get invited as a tag-along... as does CTodd's Husband. CW is granted an extra ticket, which she wasted on some Old Creepy Loser last year and this year gifted to a girl friend.
To insure our Guest status isn't revoked like that creepy guy, I volunteered to be the DD and CT's husband apparently decided to take his Funny A Game.
I even managed to pull my hair from the permanent summer pony-tail, in an effort to make my husband proud to take a pic with me. Obviously, from his pained smile, the pony must not be my only problem. 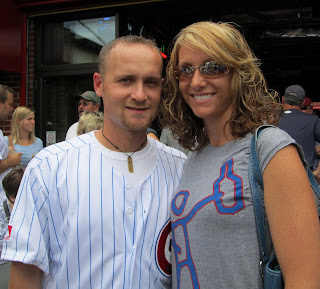 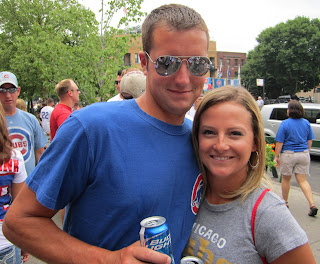 CTodd and The Husband (he's only warming up...)

So... for awhile we actually went to the game. We tried to make a small effort to watch the action but with the 13 to 3 Cubs loss. The (always losing) game is really becoming secondary to our fun.
The fan next to CW, was literally bored to sleep.
Which helped amuse us for a bit. 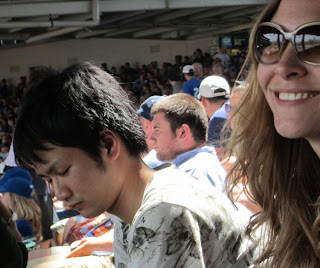 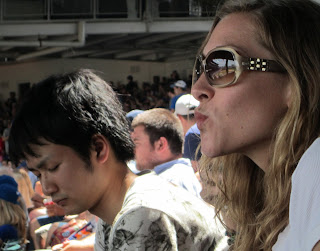 After the 8th or 9th Marlin home run...
We headed to The Stretch.
An establishment with an especially kind owner, super cool T-shirts and party hardy dance tunes. Just ask Toula and (The Hair) aggressively violating her space. 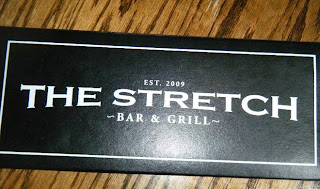 The crowd was jumpin and Tre was holding court. 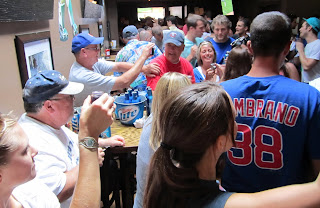 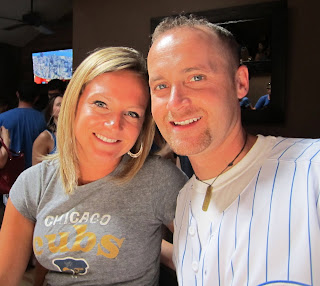 Remember that picture with my husband, a minute ago? Where is he pained to stand close to me?? Per usual, he saved his cuteness for his CTodd pic. Must have been because her legs looked phenomenal. 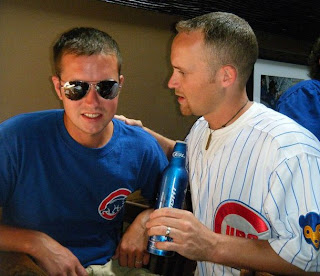 After Coach and CT's husband finished this super deep talk about politics, or weather patterns, or boxes... AND our table received it's 12th tray... I kindly mentioned it was probably time to head home. Coach patted CT's husband on his back again and we left.

While trekking it BACK across Chicago, CTodd politely asked (told us to cross the street RIGHT NOW!) if anyone was hungry for a bite of McDonalds. 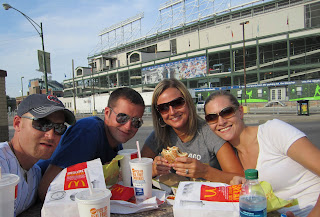 Afterwards, we slowly walked another 17 blocks to our van. (It took a little longer, as CT's Husband's one leg had more to drink than another). I held a brief informative seminar to ensure everyone could quickly and appropriately open their window (just in case!) and I began the drive home.

The Husband continued to be hilarious. CW caught a mini nap. Coach and CTodd played a little game, I privately labeled "Who can talk more trash than the Other, about various people or how much they want to bite the cheeks off their youngest child."
At one point I quietly muttered to Coach,
"I am starting to hate the sound of your voice...."
CTodd replied, "Not me...! Go on, keep talking!"

Maybe that is why he smiles around her more....

In Conclusion:
Awesome day.
Little less Class but several belly bending laughs and some killer one-liners. Sign us up for next year! (well, I mean... sign Coach up. Hopefully he takes me with.)
Posted by Tru Stories at 11:05 AM

My favorite picture is the husband.

hilarious!!!! i am cracking up. it was a SUPER FUN today!!! thanks again tru stories for being the responsible one! ;) we had a GREAT time. i especially, can not wait for next year!!!

we are glad that you and the husband get to tag along, we have lots more laughs that way!!! ;)