we actually experienced a nice evening at the ball field. This baseball season has been less than jolly for the parents, The Coach and the players. Fields one year later continue to be wrecked from tornadoes, concession stand still not rebuilt, game days plagued by below freezing temps or typhoon-like rain... and lets not get started on our 'new league drafting policy'.
Top that with a nephew pelted by SEVERAL wild pitches and our son in a 5 game hitting slump.... leaving the spectators (Me) slightly unpleasant.
But last night!! The boys were actively fielding, The Kid got a solid hit, Six got on base and scored, DW pitched very well, the weather was pleasant. AND. We. Won!! 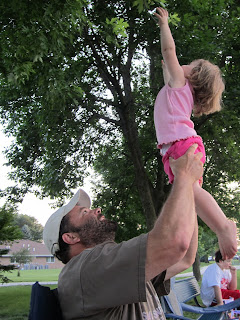 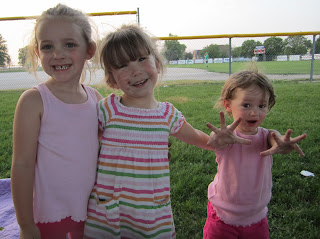 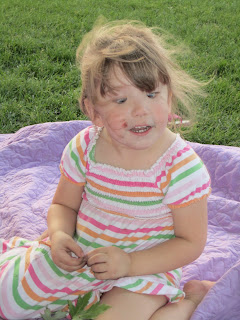 Kayla, delighted the crowd, by checking the tip of her nose. That is funny stuff. 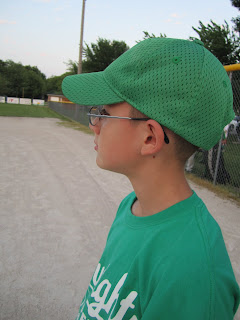 The Kid, had a positive attitude EVEN after a morning at Basketball camp. It's super great he can read 3 grade levels up but really we Heart when he is athletic. 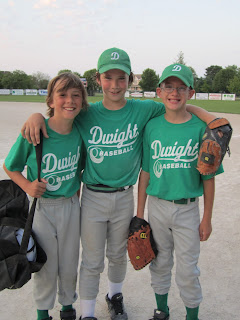 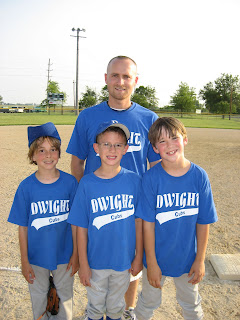 Uhhhh....
is Coach shrinking or are the boys growing like little bratty weeds?? Who just won't stop getting older. 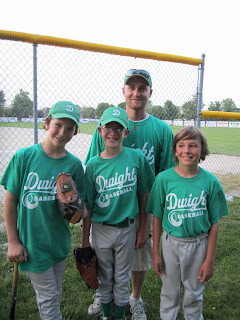 Nothing better than a good game of baseball.
Posted by Tru Stories at 10:38 AM

I think I was standing downhill from the boys.

Coach needs a bucket to stand on!

They are 3 handsome baseball players. Coach's looks make up for his height!