In less than 3 weeks, we erratically threw together a charity Alumni Basketball Game. Graduating classes 2000-2006. After a few practices, several bossy Facebook messages and probably 400ish phone calls on Coach's cell... the boys Tipped-off last night.
We were very pleased with the results.
Well.... maybe not very pleased. 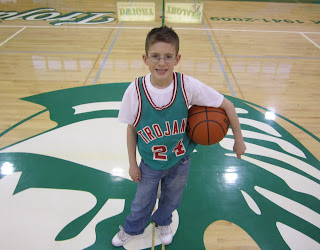 (The first of many pics of The Kid on this court.) 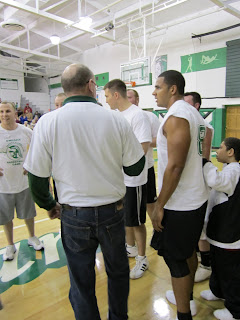 (Self-declared 'Coach of the Night'.) 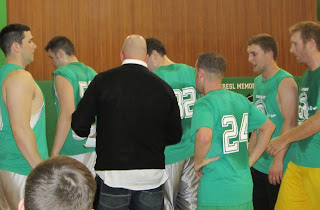 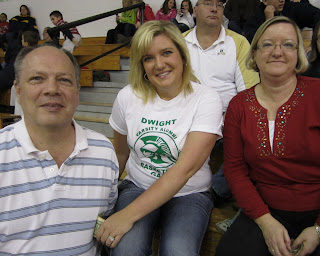 (The Bride and her parents, Our Neighbors. Many, many thanks to all 3. Game night MVP's.) 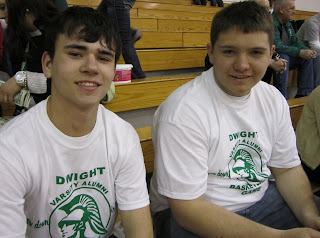 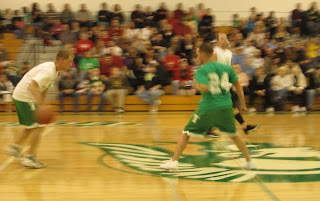 (His shot may have been a bit off but Coach's defending and AwesomeAssistAbilities? AmaZinG.) 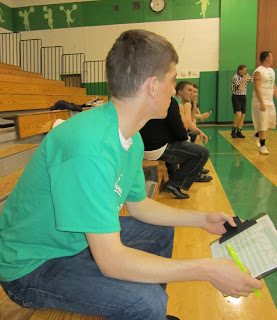 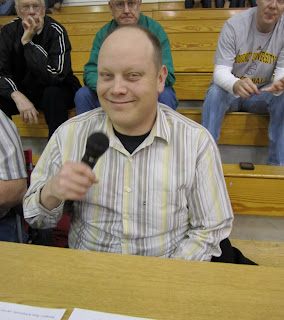 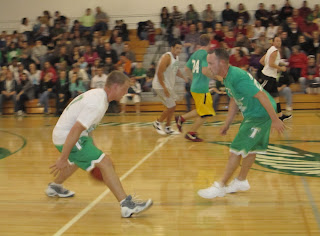 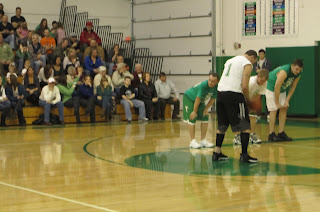 (This is the Face of a Baller, who just realized the scoreboard is NOT gonna show Win, in his Favor.) 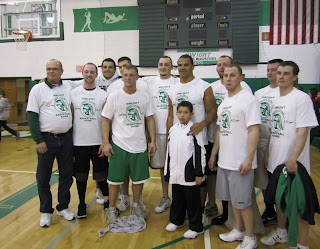 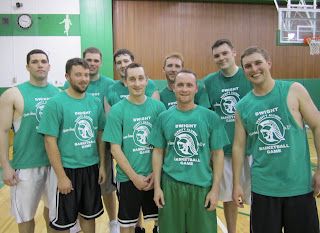 (The Green Team. The Non-Victorious.) 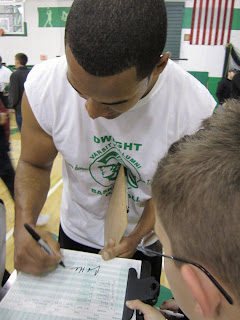 (The Kid receiving the special score card autograph from Philadelphia Eagle Clay Harbor. And then...
he asked his Dad for an autograph... so cute.)

But afterwards,
A.) I explained, we raised $1705.00 to be donated to the Jr High and Youth Basketball Programs. Win.
and
B.) Several players proposed a Best of Seven, of the Newly Established Feud of the 2000's. WIN. WIN. WIN... for Coach.

It was an excellent night. The game was competitive and thrilling to watch. The fans came out in force. The family/reunion style gathering after the game was most enjoyable. 3 weeks worth of planning and mild-stress induced headaches??
Totally worth it. Totally.
Posted by Tru Stories at 4:37 PM

Email ThisBlogThis!Share to TwitterShare to FacebookShare to Pinterest
Labels: Coach and I, Our Community

It was a great night. There were so many high points of the game. Coach's awesomeness came through even without his shot being on. Watching Tink go crazy watching her Daddy play basketball. Coach's Team still played so well together. Most importantly, after the game seeing how many kids were looking up to those athletes like they were all professional athletes, not just one. Best moment of the night; group of kids huddled around Clay Harbor for autographs, three kids run up to Coach for his autograph. They looked at him like he was a superstar. Great night! And you made money too!

I would also like to say The Kid looks great in green on the center court. Please do not let the only time he appears there be forced in PE.

It was a great night. Re-uniting with parents we sat with for 4 years. Seeing the classmates all grown up. The high light---talking to Kimberly as if we had seen each other daily. Was even greater at the bowling alley just hanging out with family and extended family. Thanks for all your hard work planning it. Gramma G

It was a great night! I think everyone involved can't wait for the rematch.