It may surprise many to learn, Coach and I are totally old school. And not just 'old school awesome'... but seriously lacking in any modern perks. We totally rock the DVR and Streaming Netflix pretty hard but it took us years to follow the pack. Most irritating to The Commish, has been our resistance to fiddle with this whole iTunes fad. Neither of us own an ipod and while we have both purchased new phones in the past 10 months... we opted against iphones.
(It's too hard to text on those silly touch screens!) 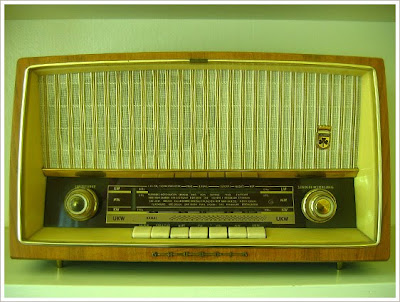 The Kid, earned a gently used 3rd Generation Ipod. Yesterday, after 32 hours on CONSTANT nagging, I sat down at the computer. Forced to go it alone (bleepin Commish and Chili did not answer my desperate calls) I successfully....
Opened an iTunes account and attached our Paypal.
Questioned, studied and finally understood what Apps were and how to locate those in the 'App Store'.
Synced up "Megan's" old Ipod to our computer. Connected it to iTunes. Upgraded it to a 4th Generation. Began scrolling and purchasing apps and downloaded 160 songs to his ipod.
The entire process took more than 4 hours.
Briefly, I lost my cool. I yelled at The Kid to 'just go play basketball like kids used to do!'
I refused to order apps to 'dumb down his brain'. I carefully edited the song collection. I threatened no less than 6 times, to open his account whenever I want and if he ever purchased ANYTHING... he would lose it for a month.
I sent a text, bragging of my awesomeness.
The Commish called...
Me: Hello.

Commish: Congratulations... somewhere, in the Apple corporate headquarters, a group of executives are popping open champagne and high-fiving each other, because the massive ticker on the wall, shows that FINALLY the very last person on Earth... opened an iTunes account.

Commish: Can you believe how simple it is?

Me: I guess it is now, after I finally figured it out.

Commish: Yeah, its actually SUPER easy. They designed it that way, so every child, adult or idiot, in the entire country, could download music over the last 10 years. And finally, now you joined the club.

No worrys. An Ipod will not actually 'cool-up' our son. Commish asked, if I downloaded any good games. Um.. I allowed The Kid two idiot games.
Then, I choose the following Apps:
On This Date in History
The Smithsonian
Sharks
Beatles Love
Pocket Penguins
Ranger: The National Park Finder
History Pin
The Astronaut App
NBA Jams
Maps of the World
Sky View: now in the Universe.

T.S. a big girl now!!!! Sorry, I was cutting grass when you called.

Yeah I have an Iphone. To download app's I need an itunes acct. That's as far as I went. Apps. See I heard you're like married to the computer you download the music from; that's just ridiculous. True or not, I just use my Pandora radio. much easier. I even put that iTunes app last, it's in my way of important things like angry birds and paper toss.

at least i am not the only one!!! we do not have and iphone, ipad, or anything "i".....although i am currently in the process of purchasing iphones for the 1st time! going to finally take the plunge. i have a feeling i'll become obsessed with it!