You know how you hear stories about a Groom being taken on stage at a strip club, during his bachelor party and the strippers will knock him around... spank him, whip him, humiliate him. I don't really understand the logic behind it.
Poor Warhol has been getting a small slice of this over the last two weeks, from his siblings.  And here are two examples:
(PS- You're welcome Blog World)
#1 Mother's Day.
We were all separated, living our own lives, when Commish sent out a mass text, attached to a photograph. (which you HAVE to understand was taken by Warhol's grand-mother, when he was 16).  Commish added a caption, underneath....
﻿ 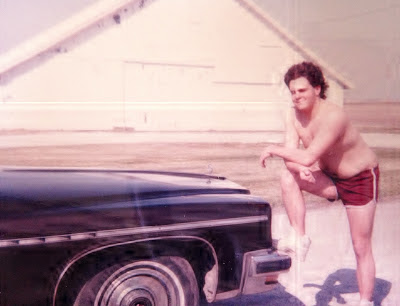 (Man, I love Summer!!)
Sweetbreads: In 2 weeks, that'll be alllllll mine.
Chili D: I've totally lost interest in Summer!
... Nice AJ's tho.
Commish: Are AJ's really short, tight shorts?
Chili D: No, them are called ball huggers.  I was referring to the Air Jordans.
Warhol: Xxx-Bleepit!!!!
Me: This text thread is by far the best part of my Mother's Day.
Warhol: My Mother's Day is ruined.
Chili D: I'm seriously considering making this pic the Linds and Chad Facebook cover.
Warhol: That made my stomach hurt.
Me: I can't wait until Commish projects it across the entire ceiling of the wedding reception tent.
Warhol: Little did I know.. Deep down in my heart, there was a car seat with Sweetbread's name on it..
Sweetbreads: Ohhhh so wrong.  But hilarious.
Commish: 'Like' every comment on this thread.
Flag Girl: I want to save this thread in archives.
Me: Is 'archives' code for the blog??
Warhol: Ugh....
(Sorry Warhol, but 'Ugh' sounded like a Yes to me!)
#2 The Bachelorette Party.
One of the clues on the Scavenger Hunt, was to locate a stranger that looks like Warhol and take his picture.  Our group accomplished this clue, probably 5 hours after we started drinking....
This guy... was my pick: 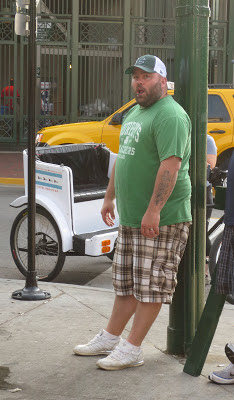 Flag Girl got a picture with her pick... 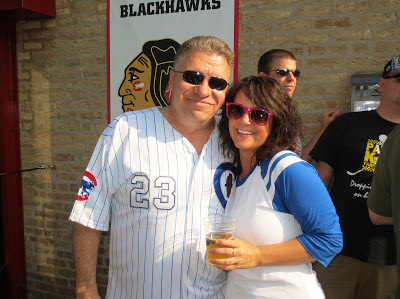 This man, in the red shirt, was Doc's pick..

With each stranger picked and each picture taken, we laughed harder and harder... Kinda like this: 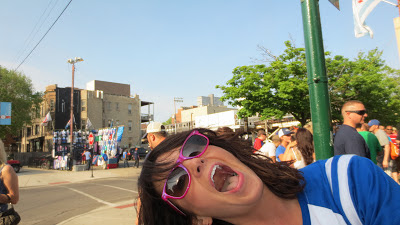 So there you have it.
Obviously, poor Warhol totally needs to marry into a new family.  Because his siblings (and spouses) are really a bunch of Bxtches.
Posted by Tru Stories at 10:50 AM

Groomhol's car seat comment wins and will never be beaten. Also, I believe there's an almost identical picture of The General posing by his first car. I'll see what I can do about locating it.

As for finding Groomhol's twin in Wrigleyville, I believe you guys might have been wearing some very warped beer goggles that day. Yikes.

I do feel a little guilty for posting all this...
But a Blogger has to keep her public happy.
And all that, is gonna make a lot of people very happy!

Hopefully, Warhol is still my friend.

I'm glad to see it's not just this branch of the family... sorry Warhol.

Oh god. That was awesome. Remember when you asked what we want to read in the blog? This is perfect. Old dudes rock, groomhol.

I will re create the photo, I think I still have the shorts in my memory box.