I Hope You Still Feel Small when you Stand Beside the Ocean...

Monday morning, Grammy and I decide to take my kids to Savannah, Georgia. Within the hour, Grammy suggested we take Quincy. I hesitated. I didn't want to upset Galway Girl and I thought it was too much to ask of his parents. But Grammy convinced me to try... because it's nice for The Kid to have a brotha.
His parents said yes.
By lunch time on Monday, I had two boys jumping up and down with excitement and the rumour of one girl crying to her mom.
By 4:00pm, Pop-pop called my mother (yes... Pop-Pop CALLED, actually used the phone) and told Grammy it just wasn't fair not to take Galway Girl. We just HAD to take her with us. It was too sad for him, she would not see an ocean. So I made another phone call....
And just like that, my van would hold 2 adults and FIVE children... on a 15 hour road trip to Georgia.
Truthfully, there were moments since Monday evening, where this felt like a completely ridiculous idea.
All until this... Watching them run towards the ocean, all but one child, for their very first time?? A totally irreplaceable moment. 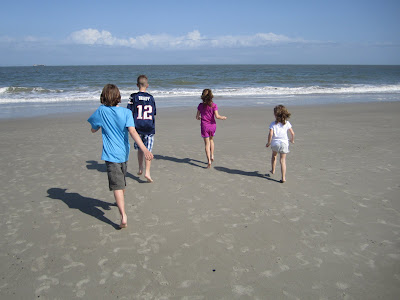 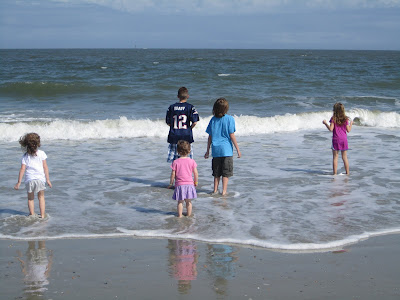 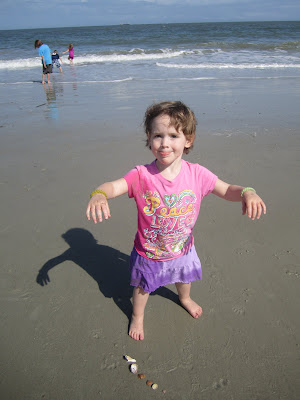 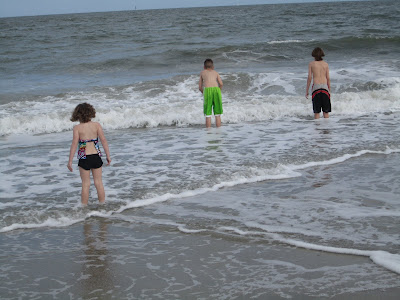 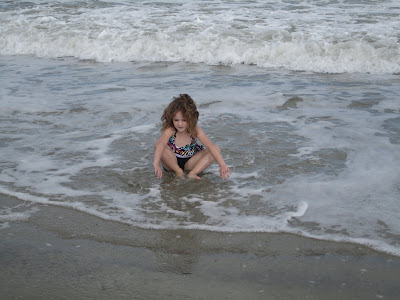 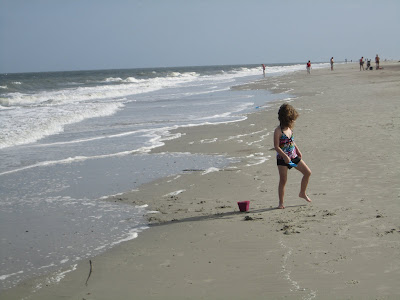 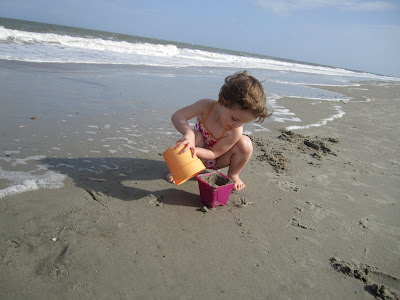 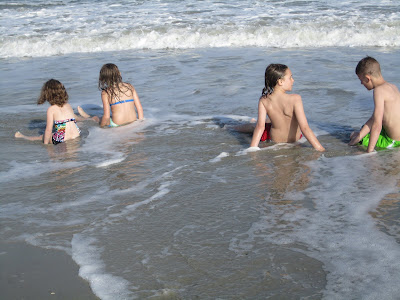 Bondie Beach and Mona:
You betcha your aunt is feeling VERY guilty.
I've maybe already bought you a souvenir.
If only the van was bigger...
Posted by Tru Stories at 8:28 PM

Are you sure thats not just Lake Michigan? The waves are not as big as I picture the ocean. It also hurts me just a little, just thinking about the sun burning down on me, on a sandy beach, with no shade. I hope everyone is having a good time. Everyone here is working really hard, and it isn't so bad hanging out and working with all the help at the studio. We are really funny.

Thank You Pop Pop, for your kind heart, It graced my children with memories to last a life time, Greatfulhol

Warhol it has been a joy sharing this with your children. The boys & I walk the beach at night watching the tide come in. Last night it was getting dark. We were standing listening to the waves. Just in the moment. Quincy said, I hope I remember this the rest of my life. I hope I do too.

I just threw up in my mouth, twice.