As previously mentioned, Flag Girl and Coach (and Coco) get a wee bit 'hangry'.  They are not mean, necessarily (but they are not nice either).  They just need to know when and what they are going to eat next.  And they'd like to know those details just as soon as they have finished their previous meal.  They're still adorable, just a little less sunshiny.﻿ 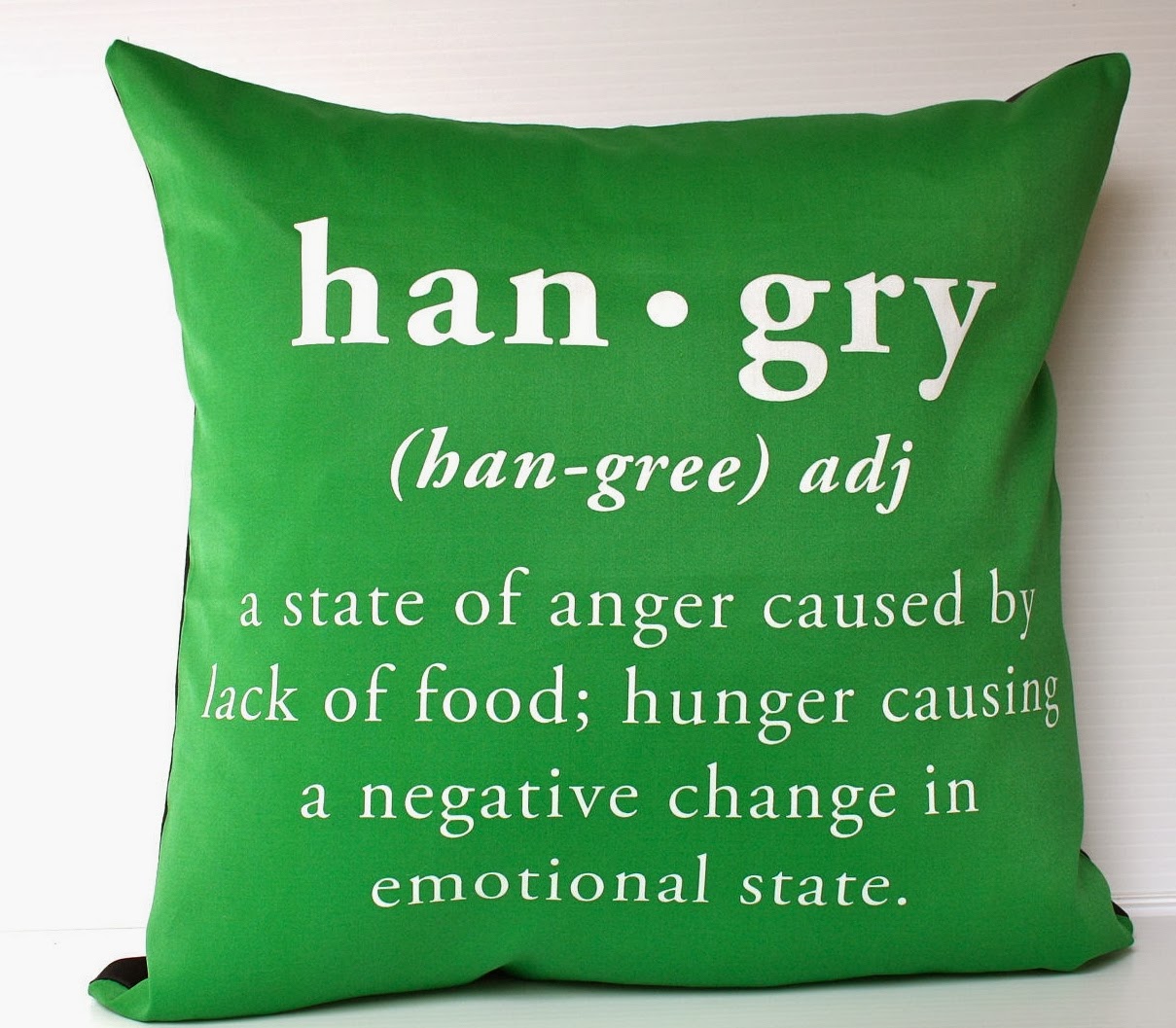 Text Message.
The Active Parties: Flag Girl, Coach and I

Flag Girl: Chili's home sick with the flu... watching Brain Games... learning way too much..
Also learned that when you are hungry the fight or flight syndrome switches to a separate part of the brain. Which makes you more aggressive. Which explains why you get angry.

Me: It's really an issue for you guys.

Coach: Your an issue.

Flag Girl: THAT made my day.

Me: It would make my day if just once he wrote YOU apostrophe RE!!

Everybody's a comedian.
Posted by Tru Stories at 9:33 AM

husband, myself, bebe all suffer from hangry-itis. i think we need this pillow, when hangy flares up... it could prove to be an important tool to throw at the person not getting food fast enough.

There's a t-shirt I'm going to buy that says "I'm sorry for what I said when I was hungry."

I nede that shirt. Who new my wive was an language teacher.

Coach just made me laugh so hard!!!
Grammy

Coach is too much.
I wish people could hear him giggle at his own Comment.