By the start of the event on Saturday evening, The Kid had raised $1,620.00 for the St. Baldrick's Foundation.  And he was SO grateful and surprised by all the donations.  Thanks to everyone! 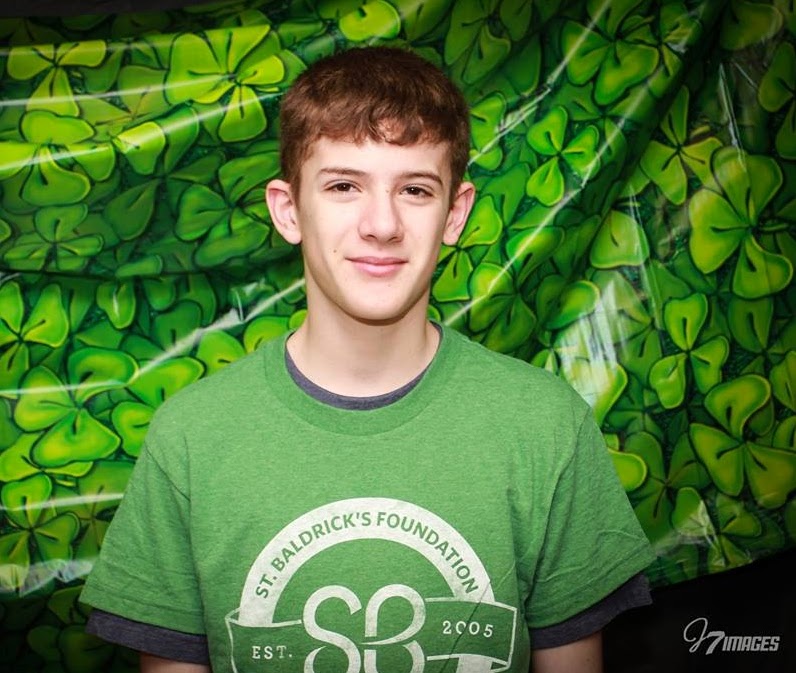 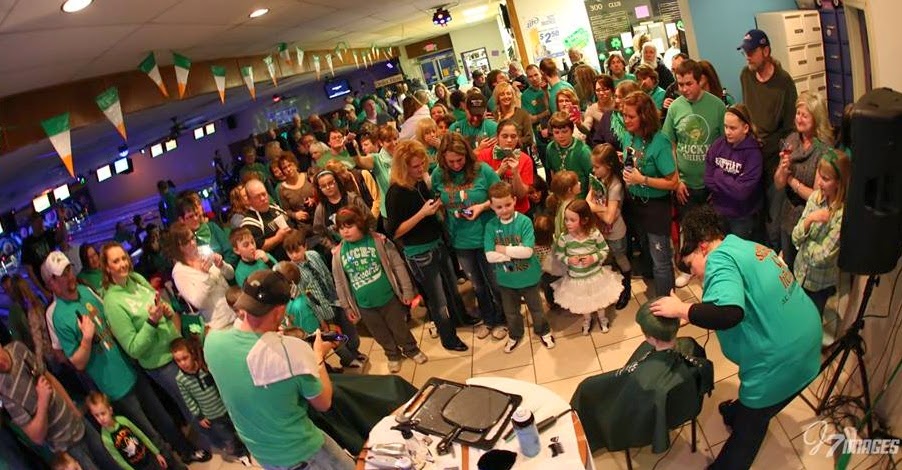 A picture of the very large crowd gathered to watch the volunteers getting shaved.  Kinda intimidating! 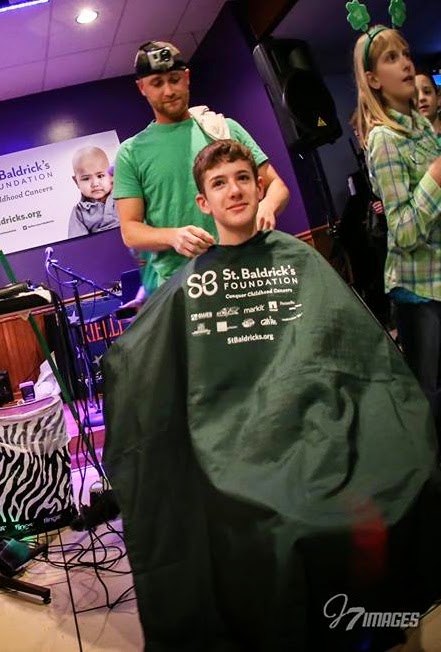 Getting started.  The Kid was a little nervous. 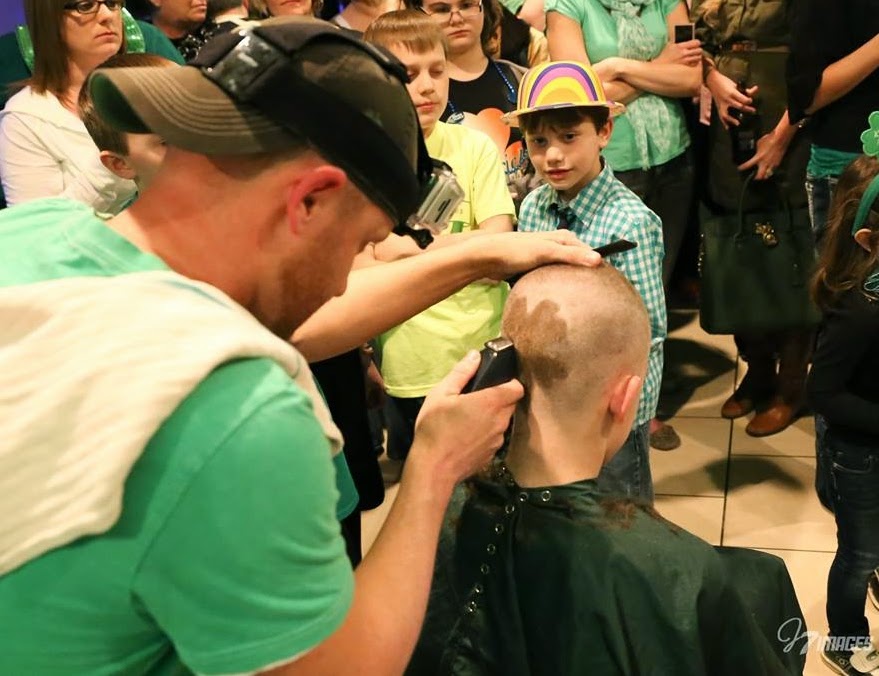 His Dad playing around with some Barber Artwork. 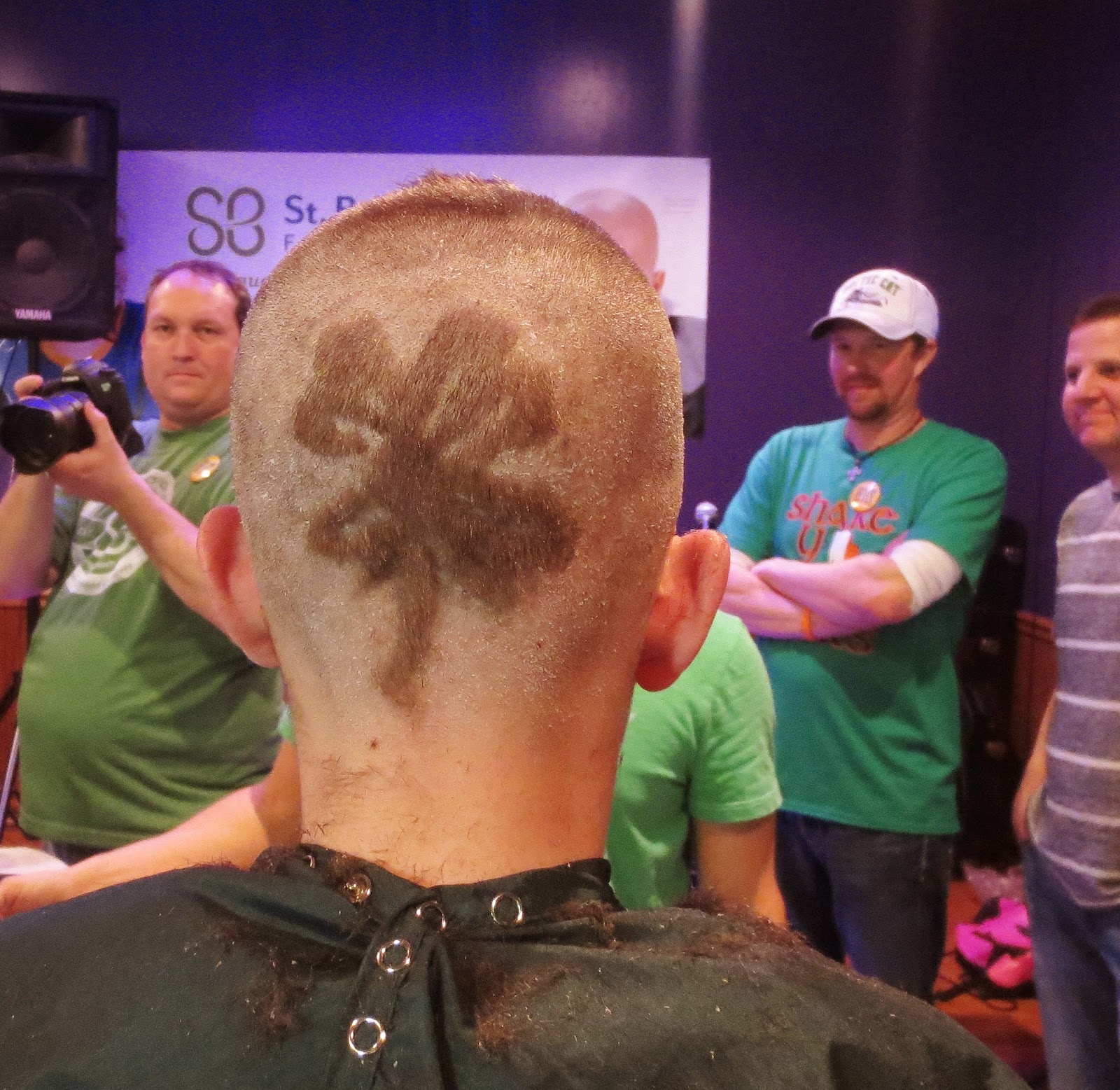 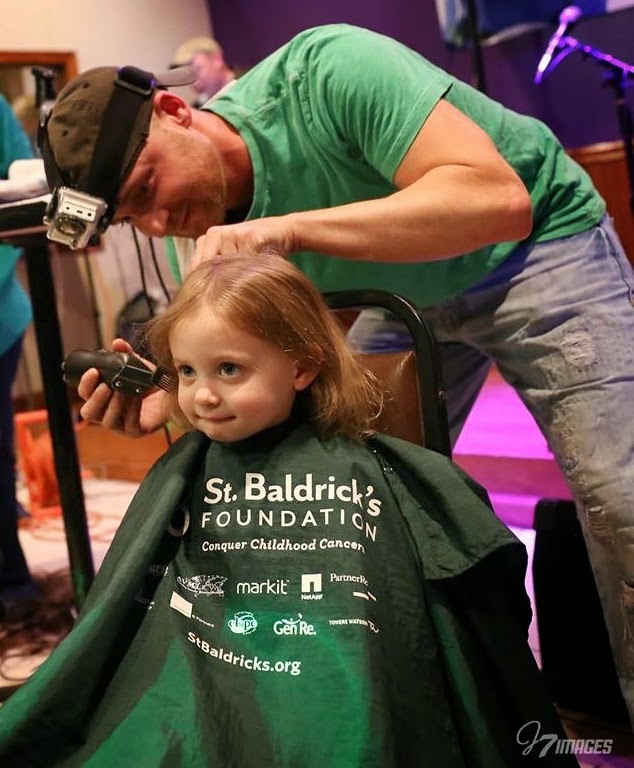 After watching several Shavees, Little Gipper said she wanted her Uncle to shave her... (no worries, he only pretended..) 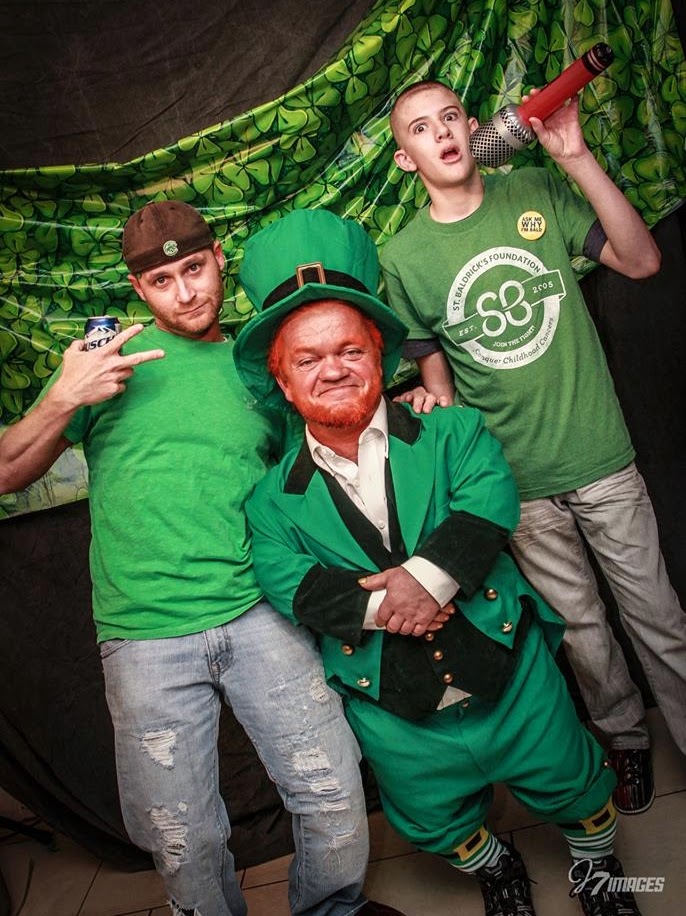 Much later into the night, after all the participants had been shaved.  The Kid and the Barber took a picture with the Leprechaun. 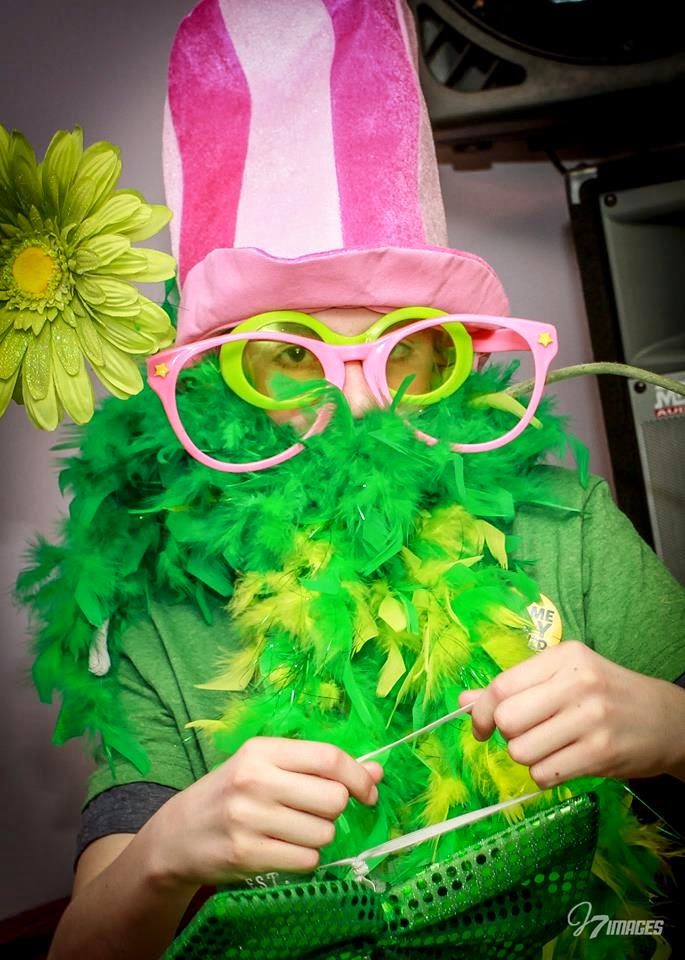 The Kid.  Maybe he's embarrassed by his bald head and he plans on spending the next couple weeks in disguise??  Not at all.  Within hours he said he loves his shorter cut.
We are very proud of The Kid for taking this chance and trying something new, for a great cause.  It was an amazing lesson for him.  And hopefully the Giving Bug took a bite out of him, for good.
Posted by Tru Stories at 9:19 PM

So proud of him.
Grammy