Coach and I have several talents... dressing for Halloween parties? Not one of them.  We are completely unable to come up with anything clever or funny. (which is odd, because we are pretty funny people) but we are most definitely NOT funny under pressure.
In addition. Coach notoriously waits until the very last second to piece together his outfit.  Every. Single. Year.  Usually sparking our annual Halloween Party Extremely Annoyed Eye Roll Tradition.  It's fun.
This year, I decided to bring back simple.  Mummy. Plain.  Simple.  No biggie.  I purchased tons of bandages and tried to color them a shade of grey (turned out mostly purple). 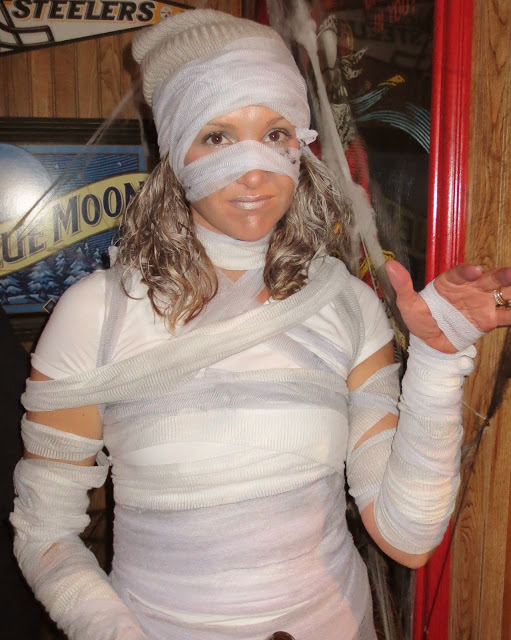 When I left the house, every inch of arm/leg was covered with bandages.  Within an hour, all the bandages began to stretch and fall down around my elbows and knees... Not a good look.

Coach went as a pirate. (again.)
And he threw it together in about 10 minutes (again.)
And he NEVER actually wore the eye patch over his eye nor did he pull the beard up over the mouth (which was a great look.) 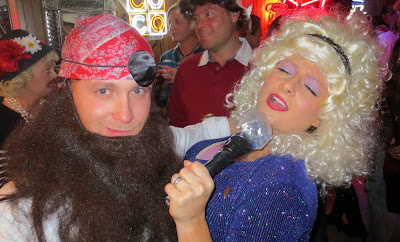 (Coach and CT aka Dolly Parton) 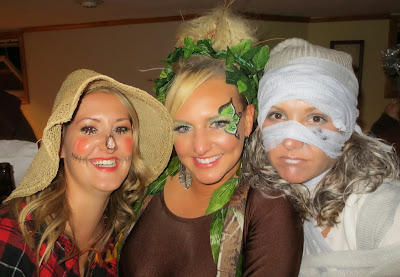 (Scarecrow, Happy Little Tree and Mummy)
At some point I decided mummies are dead and shouldn't smile... I stuck with my character. 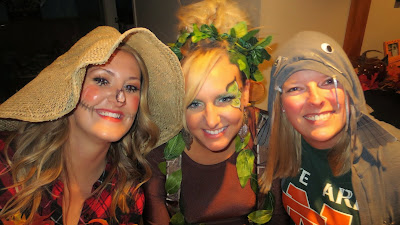 I used to be a Hooker dressed as an MTV Catfish... also our host for the evening.

Coach's picture below accurately depicts how ridiculous he is.  Check out the super nice dress shoes paired with long underwear... ugh... 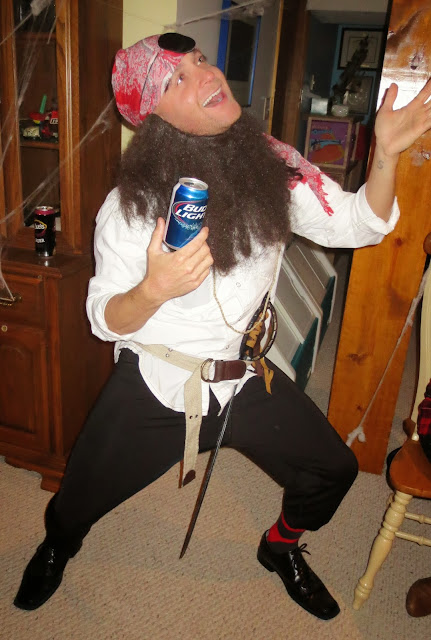 Next Coach and his brother put on a picture show with a pretend cigarette. 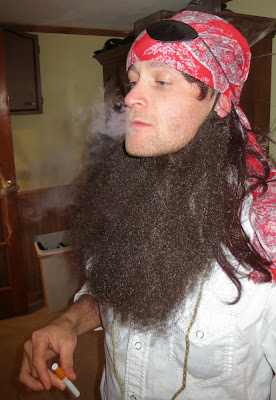 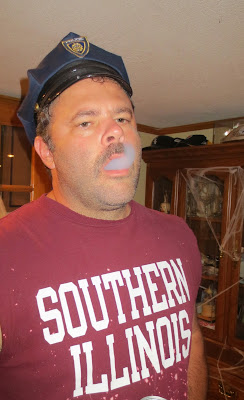 Proving smoking really is NOT sexy. 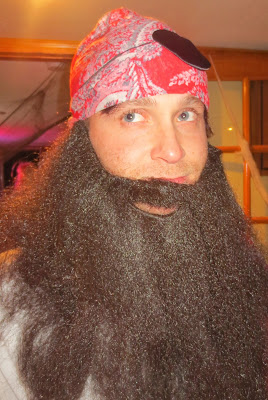 The last picture was taken later, randomly by someone else.  We were totally unaware of the picture and yet I'm not sure there has EVER been a photograph which so perfectly depicts Coach and I as a couple.
My Face Reads: I'm done. Let's go home.

Coach's Face Reads: WHAT UP??!! Where da party at?! Who wants to talk to me next?  I'm awesome!  Living life is AMAZING!! 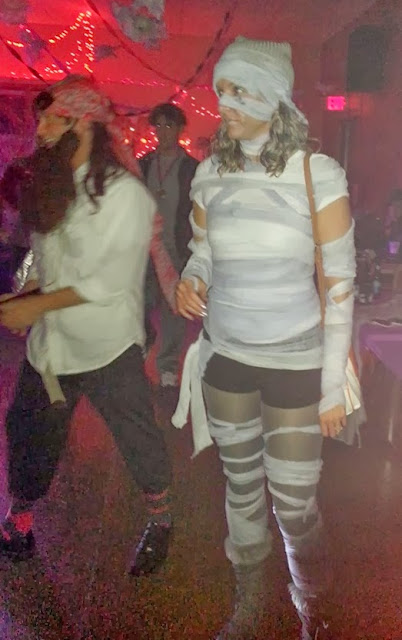 Happy Adult Halloween Everyone!!
Posted by Tru Stories at 7:01 PM

I wish I knew what I was doing in the Bud Light commercial. Also, how creepy is Bruce Jenner in the background of that last picture. Hardee's has never tasted better than that night.