Every July the entire Coach's Family Clan takes a trip to Shelbyville to camp in cabins nicer than our homes...  I got several cute pictures of adorable tanned cousins.
Coach spends every single minute of the trip bouncing around as if he is officially the eldest cousin, playing catch or basketball like a Mountain Dewed-out teenager. "Hey guys... somebody throw a ball at me!!!!" Sooo there are not many pictures of him.  Also, teenagers rarely think to take pictures of their boring mothers, so there's for sure no pictures of me.
Oh well... the kids are really the cutest. 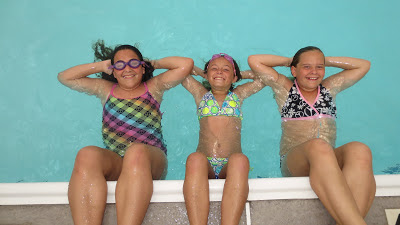 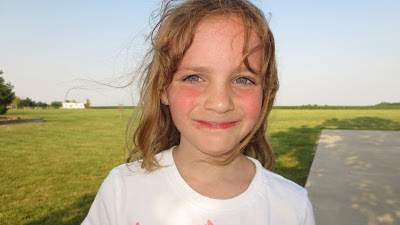 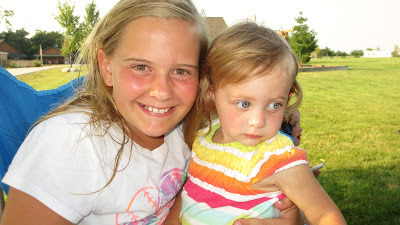 Bondie Beach and The Gipper 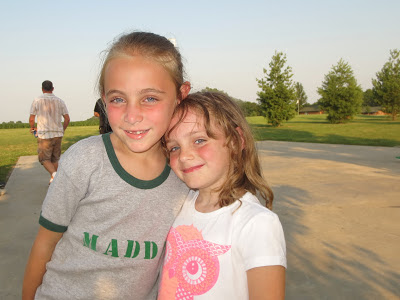 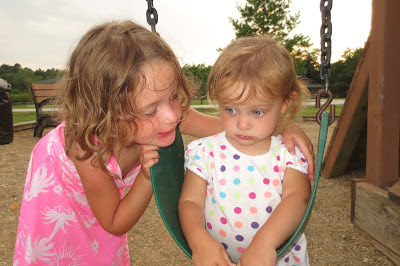 Coco and The Gipper 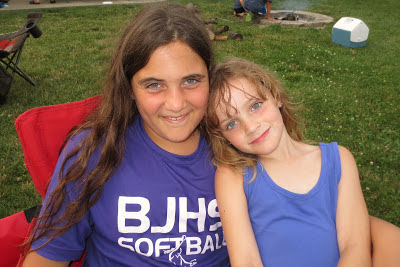 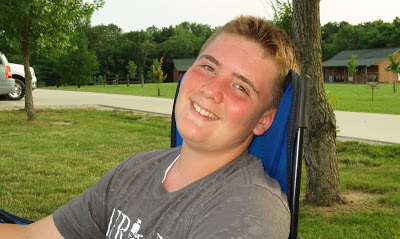 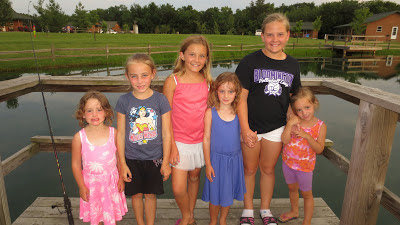 A bunch of girls. 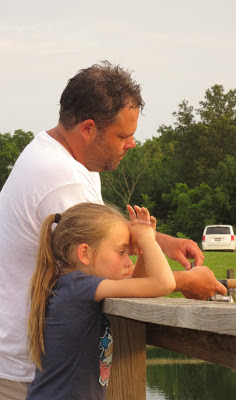 My favorite part of the trip (by far) was the Two on Two Basketball Tournament.  Replacing (at least for one year) the Infamous Slam Dunk Contest. 14 names thrown in a hat and randomly drawn to create 7 teams.  I loved every moment of the entire family crowded around the court, cheering.  I was impressed by all the players.
After many games, the Championship came down to two all male teams.  The Old vs The Young.  Jumbo Joe and The Kid vs Coach and Warhol. 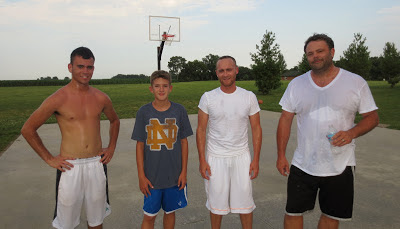 The Old Guys won. But the youngins gained the love of the crowd. Just give these kids a couple more years... 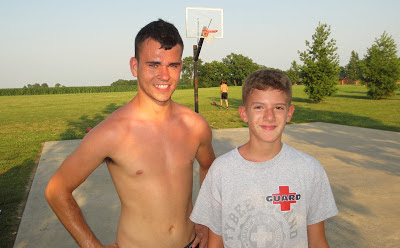 As always, Thanks Gramma and Grandpa.  The cousins had an amazing time.  Irreplaceable memories.
Posted by Tru Stories at 2:14 PM

PLEASE tell me Warhol wrung out his sweaty shirt in classic General fashion.

I made a poor decision to wear my grey shirt with the bleach stain on it. Dryhol

Had an enjoyable few days. Thanks to all the in-laws who put up with this clan. Love you all. Gramma G

But you dominated in that shirt.