To My Husband's Broda

A few weeks before my birthday, I made the mistake of confessing my age was bothering me. Just a tad. Unfortunately for me, I made that confession in the presence of Warhol.
He caught that wave and rode it. Hard. All The Way to the shore. Now... I can take a joke. Sarcasm runs thick in my family. But every girl has got her limits. And signing off 'grosshol' to my pre-birthday post?? That could just barely make out 'my limit' in it's rear view mirror.
Given that I am not always 'the most friendly' gal you'd meet... I was sorta almost fuming. I mean "Dang! You show a vulnerability JUST ONCE and the dogs feed on it for weeks!!" What's his problem?!
Except, it occurred to me: I have witnessed Warhol's repeated harassment, before. To Coach (fo sho... over and over, who doesn't??) To Flag Girl (most def) to Commish (occasionally) To Doc (maybe a couple times but Warhol aint no dummy)... heck, I've even seen Clark's "Not a NASCAR/but Really a NASCAR sweatshirt" take a pretty decent beating.
Warhol was digging to the point of nearly breaking me, without any remorse. Exactly, like .... A Brother would.
After an extremely heartbreaking Fall with my brother: This Warhol realization, actually did break me. There is nothing, I miss more about my brother, than the playful (sometimes brutal) back and forth exchange between a brother and sister. Suddenly 'grosshol' felt oddly heart-warming. I am lucky, grateful and touched... to now call Warhol my friend AND my brother. I honestly never saw that comin. 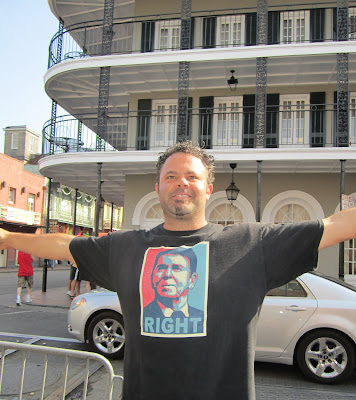 I have read in gossip mags, from one air brushed movie star, after another that 'Life begins at 40'. I mostly assumed this was fluff garbage (seriously WHO would WANT to be THAT old?!) But I have front-row witnessed you becoming more of yourself, with each passing year. You smile more, laugh more, have opened yourself to more adventure and growth. Your artwork is literally Inspired. Yes, you have a beautiful muse, worthy of credit. Yet the buck stops with you... YOU have actively participated in creating a better version of yourself. A person, so many of us are proud to know. (sure... you're still sometimes a jerk but it's at a tolerable level, now.)
Happy Birthday, Warhol.
I'm excited to see what the next year brings you. Gosh knows, Coach and I are totally game for the ride. (except maybe let's not take Campus Rd.. or 66...)

Email ThisBlogThis!Share to TwitterShare to FacebookShare to Pinterest
Labels: You say it's your birthday...

just have to say, i'm so glad you guys came out to visit us that night, or your campus rd adventure would have never happened! that was a fun night!!!!

hope you have a great day!

Happy Birthday Warhol! Glad to know TS found the brother she was missing. Gives me one less thing to feel bad about.
TS: You made me cry in a room full of people. Warning would have been nice.

Happy birthday Big Brother! I have plenty of conversations and memories that I hold very close to my heart when I think of you....You are THE definition of a great Big brother.......except for that year that we HATED each other while we were attending that Ivy League School!

Happy birthday to the most awesome gay black man I know.

The Mrs made me laugh out loud.

Happy birthday! It is so great to see you smiling and enjoying life with some Sweeatbreads on the side! The 40's look GREAT on you!! And I couldn't be happier to call you my BigBrother!!

Like the time in NOLA the guy yelled "Somebody better marry that girl in the white dress" and Warhol said "Already did, not that great"? Funny S*&t.
Happy B-day.

Happy Birthday! I always thought when I would get older I would be more boring. Thanks for showing me that doesn't have to happen, and I can stay as immature as I am now, forever. Holla