Blogging Drought, much?
I'll be honest, I was much lacking in the Christmas spirit this holiday.  Something about your brother being committed, just doesn't seem to put a sista in a Holly Jolly good mood.  As a result, my normally contagious Christmas joy didn't come to fruition.
It's sorta difficult to Blog: "Hey everyone!!  Guess what?!! I'm a pissy little Grinch right now and totally not in the mood to document or photograph any evidence of this ridiculous holiday."
Except...
I do have 3 beautiful, healthy children.  And several sweet nieces and nephews... and I obviously am very thankful and willing to sponge a little of their spirit.
The show must go on...
For the gabillionth year on a row, I was co-director of the Christmas pageant.  The Kid was mind-blowingly awesome, opening the event in front of the entire congregation... without notes.  Future politician?  Or lawyer, perhaps.
And there were two SUPER cute lil doves. 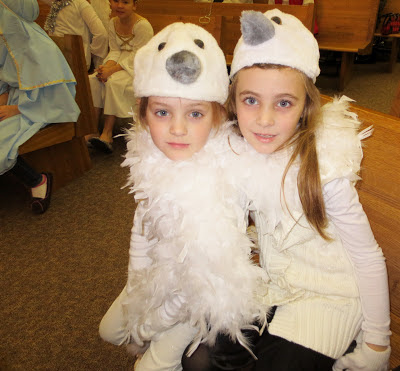 After making fun of Elfiebellyadablahblah... I stole one of her best ideas.  Sneaking into the girls' room and drawing on their sleeping noses.  TOO CUTE!  We even tried to get The Kid (whom obviously doesn't believe).... he awoke but is under strict instructions to 'play along with Santa' for as long as possible (or he'll really get coal) so he sweetly let me color his nose.
In the morning, the girls realized what had happened and immediately they both blamed their brother!  They ran into his room to yell at him, only to discover he had also received a Rudolph nose! Oh.. the hilarity... 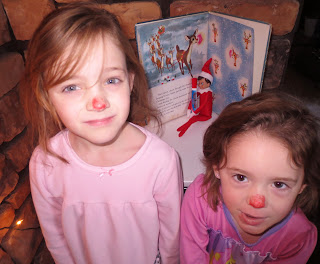 We invited the cousins for our annual cookie decorating evening... except (since I'm Scrooge) I purchased Gingerbread houses 75% off and let them go nuts. 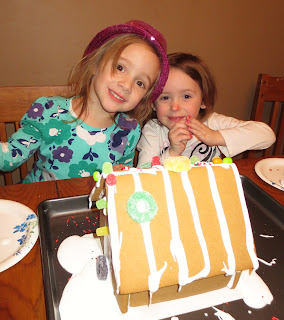 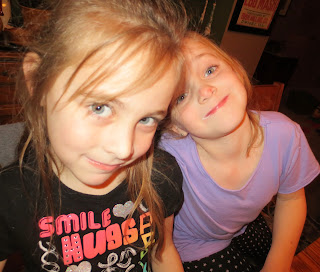 The Gipper joined us for the first time!  And super Aunt straight handed her a spoonful of icing... 2 days later she ran up to me at the next gathering, arms opened... So that icing trick worked. 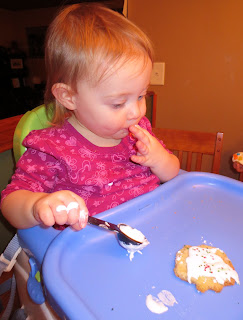 Christmas Eve, we attended Mass (Flag Girl's gang kept us amused) and returned to our home for our always relaxed evening. 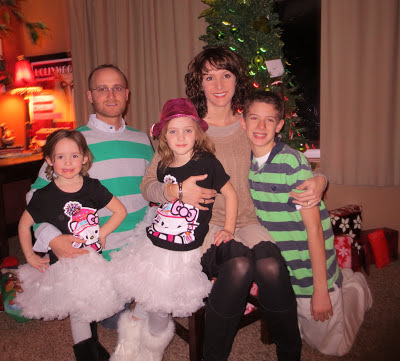 Uncle was a little bit difficult,
but we did get this cute picture.
And isn't it really all about the photo opp, anyhow?? 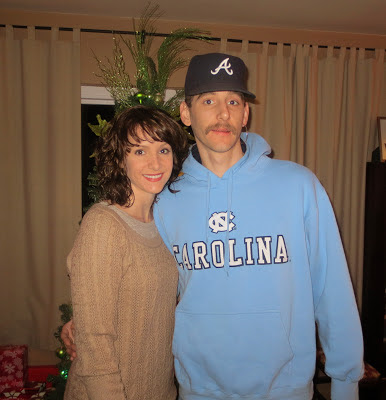 Christmas Day, The Kid proved once more he is a spoiled brat and my mom loves him more than me.
But at least he is totally handsome. 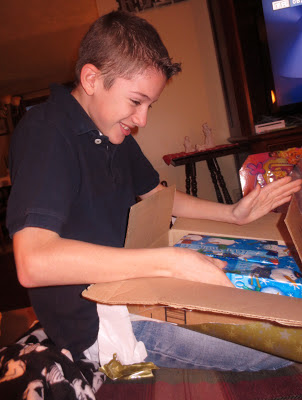 Finally, puffy skirt matching sistas.
THAT has to put a mom in a better mood. 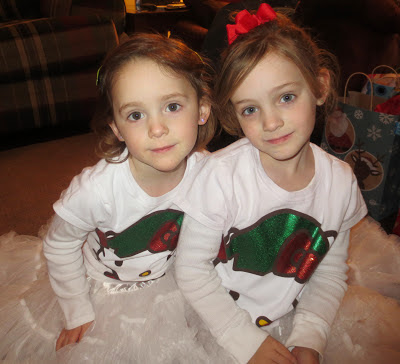 The Blog is becoming light on The Kid pictures but he is becoming an actual basketball player and is gone ALL THE TIME.  And while I am really missing him... is there any better Christmas season gift, then watching a consistently well played and properly executed defense??
Coach's answer?? Best gift Eva!!
(Coach wouldn't really say 'Eva' but he does speak in exclamation marks..)
Posted by Tru Stories at 11:21 AM

I was afraid Elfieblah came & abducted you.

and contacts on the Kid make him look too old, take them away.

I am so tired of the whining. You like my brother best. You love my son more.
Didn't I take you to see Oprah? Oh what. Wait, you took me. Didn't I pay for the fancy hotel and stuff in the Oprah store. Remember when we were so close to Julia we could smell her perfume. I think I touched Tom Hank's hand. That was awesome. Last time in 2012 to talk about the Oprah show. Well maybe not.
Oprah was good times. Sigh!